North Riding County Football Association teamed up with Redcar and Cleveland Borough Council, with the aim of creating a campaign that would seek to provide mental help support for football-going men under 50 around the Teesside area. Here, the suicide rate was 70% above the national average and the campaign aimed to address that.

The campaign consisted of outdoor media and online media, such as bus shelter and 48 sheet billboard posters, beer mats and social carousels. These were sporting the clear and concise strapline – using a familiar footballing term – that promotes the idea that good mental health is the key to emotional, physical, and social well-being.

Visually, we use gritty, real images from amateur football clubs across the Redcar & Cleveland Borough – weathered dugouts, rain-soaked pitches, changing rooms – to localise the campaign and strike a chord with our audience. These are the places that our audience knows and the real football world that they inhabit. 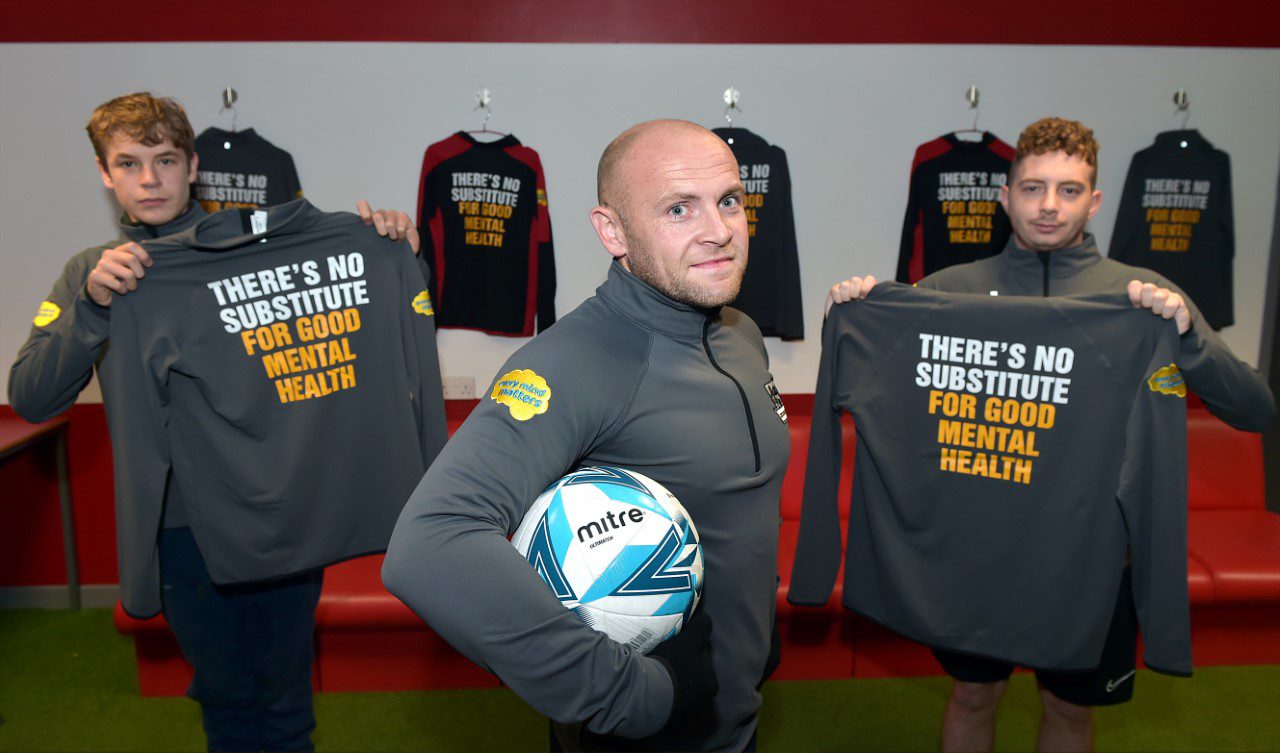 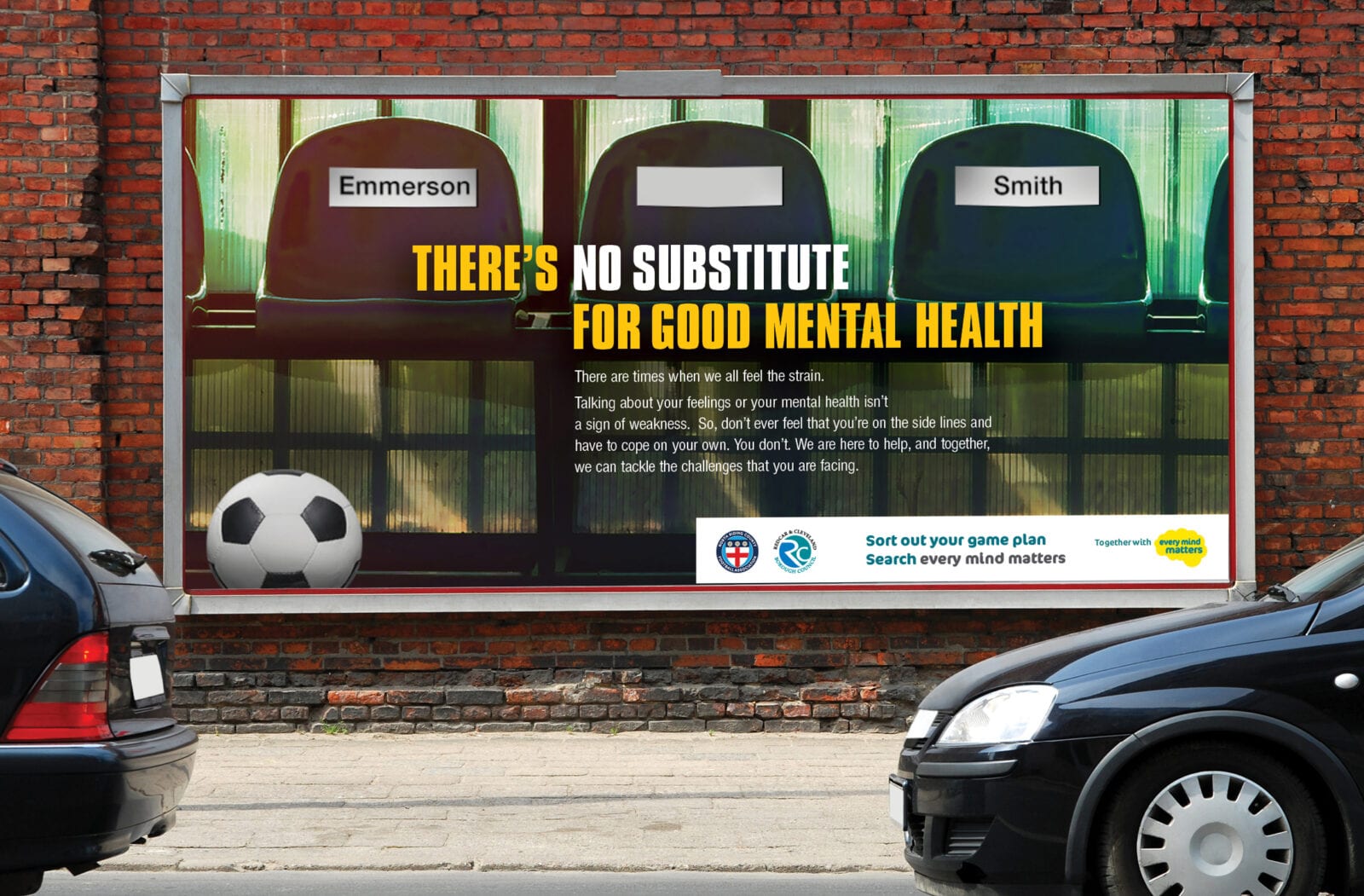 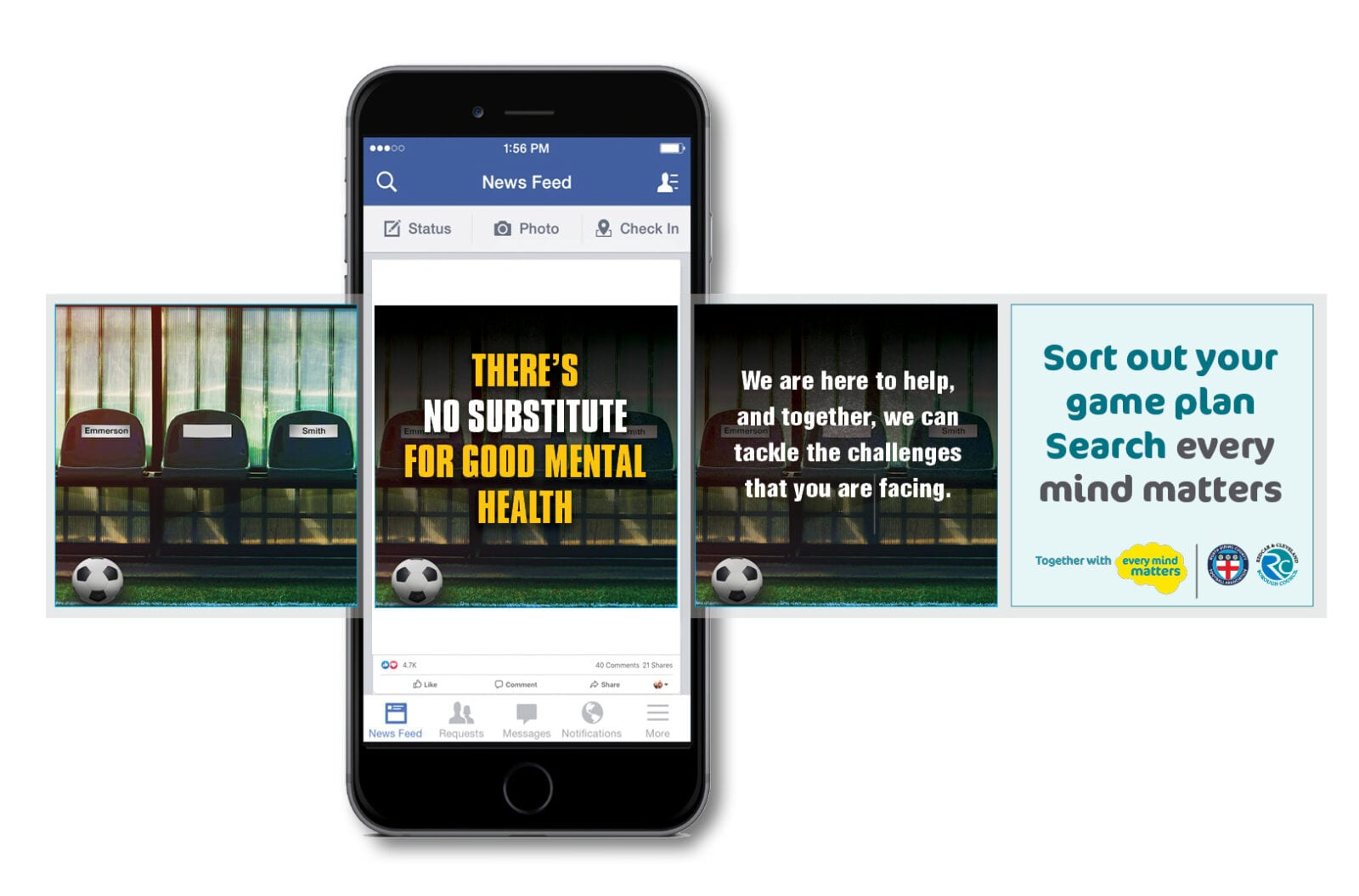 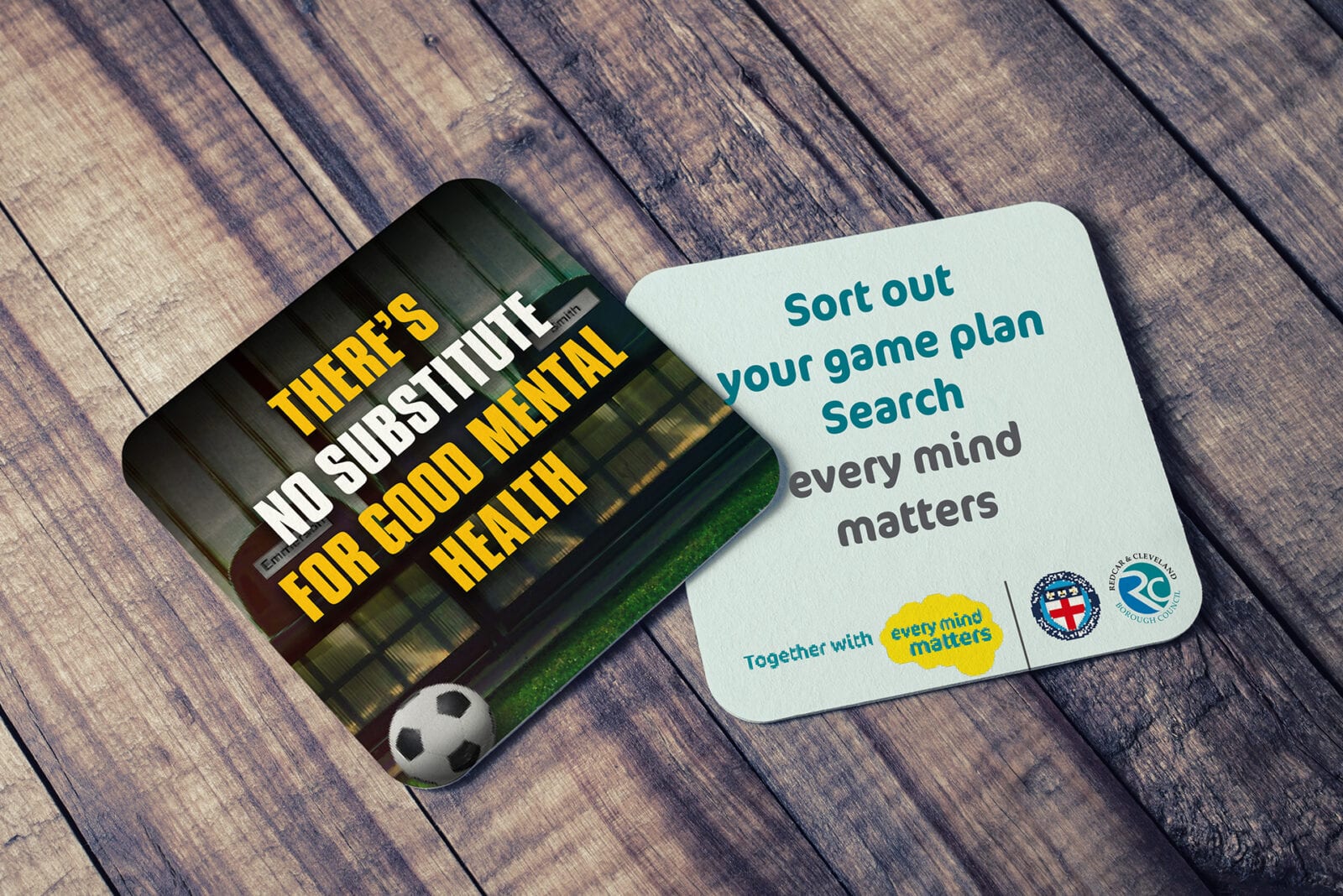 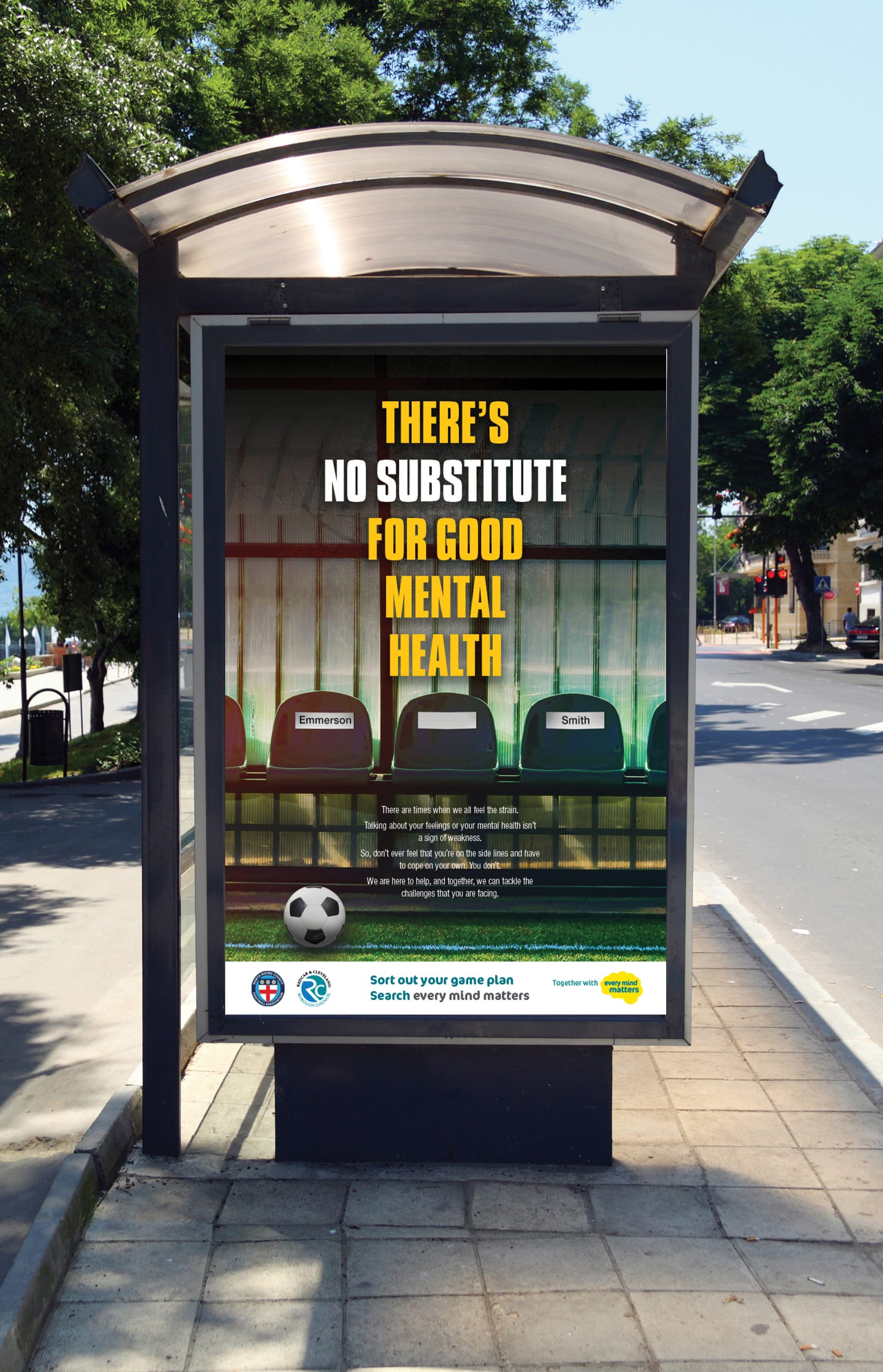 “We want this campaign to really reach out and have the desired impact of getting people talking about good mental health, and ultimately that might save a life… Clearly, football is an outlet for people, so I think it’s inevitable that there’s been an impact upon people who are connected to grassroots football, and that’s why it’s such a timely campaign that we’re involved in.” 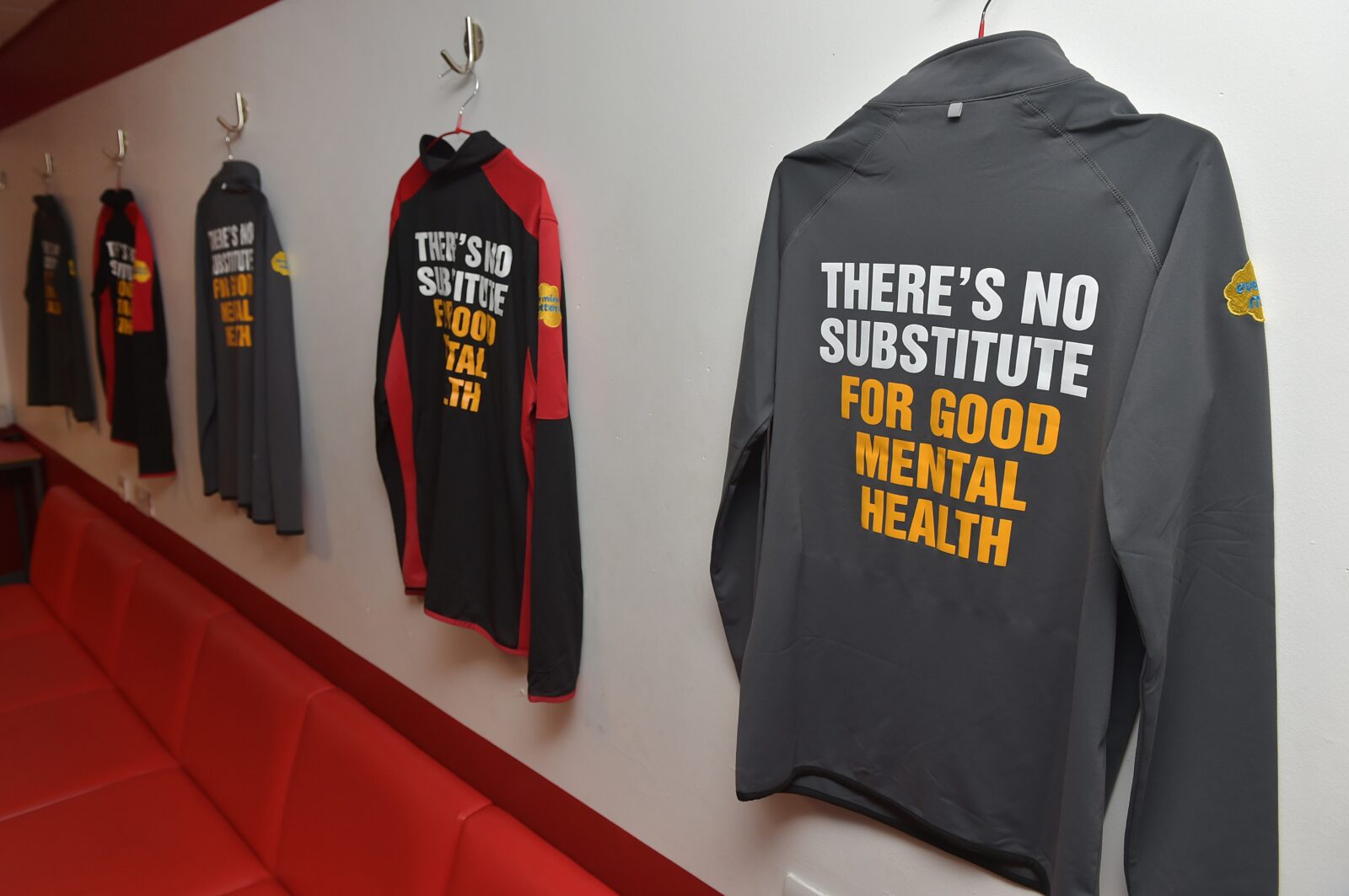